Tonight, before I put my nose to the grindstone, I'd like to address something that might cause people to shiver. 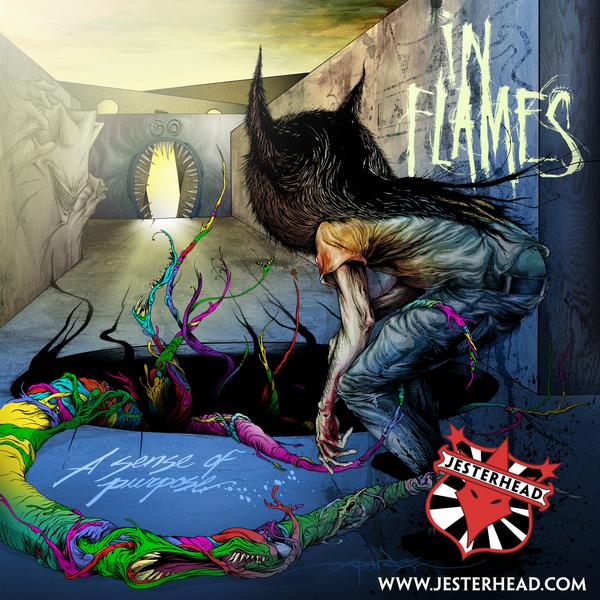 Tadaaaaa. Sange just brought this across my plate and I thought I'd address it. Following is the track listing:

Hold your fire, folks. Before we all scream in unison, "This is a sure sign as any that In Flames officially sucks balls", hear me out. Yes, the cover art is indisputably gay. And not MANOWAR, gay. Just...extremely lame, gay. And, apart from the last track title (which sounds like it could be an Amon Amarth song), the track list also sounds collectively pathetic.

But! But, I say! I like to look at the glass from both angles. Pessimistically, it seems like this is confirmation that In Flames has decided to completely give up metal and just sell out, St. Anger style. Come Clarity was a step in the right direction - albeit a baby step - from STtYE, though perhaps it was in preparation of a stumble-to-face-plant.

Optimistically speaking, I have two theories as to why this could be a great album.

Theory One: The album apparently drops on April Fools Day. Maybe this is just a very elaborate prank, and the album art, title, and track list are all fabrications and the actual album is something completely different. Something not gay. Something metal.

Theory Two: The album cover is officially gay, and the track listing is officially gay, but the music turns out to be awesome, catching everyone off guard, as a device to push the old saying, "don't judge a book by its cover". No doubt everyone who used to be fans of In Flames deciding to listen to this album will be doing so with the presumption in hand that it'll be gay. I know that's the position I'll be in. But, this is as good a method as any for spreading the important message that we, as human beings and as a society, are very judgmental.

I know my optimism is half-hearted and folley by nature, but...you never know.

Back to the news page